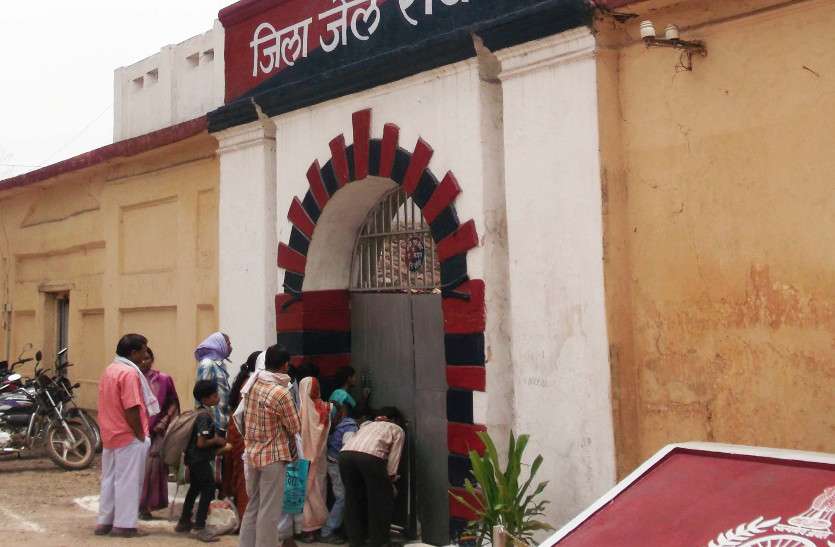 Ajmer. The restrictions imposed during the Corona period in the state have been abolished, but the happiness of many prisoners lodged in the jail is still locked. There are many prisoners who have been waiting to meet their relatives for the last two and a half years. But due to not being able to fulfill the requirement of the protocol, many relatives are unable to mix. From behind the bars of the jail, the eyes of these prisoners keep staring at the prison door. These prisoners, who are holding the sorrow of distance from their loved ones in their hearts, are hoping that soon their relatives will complete the protocol and it is time to reunite them with their loved ones.

Now during the meeting with the prisoners, it has been made mandatory to show the certificate of having both the doses of vaccination to the family members. Due to this, the relatives of the prisoners have started running to get the dose and get the certificate. In the absence of both the doses, the relatives will not be able to meet the prisoners. Under the new protocol, undertrials will be reunited with their families once in fifteen days and convicted prisoners once in a month. During this, instructions have been given to take full care of the Corona Guidelines. It has been decided to allow the family to enter the mixing room after wearing gloves and masks. During this, proper arrangements for sanitization will be made by the jail administration.

reduced the time
The most worrying of prisoners and relatives is about the timing of mixing. In the new protocol, the mixing time has been given only fifteen minutes. In normal days, a prisoner used to get 45 minutes to meet his family members. Whereas earlier three family members could meet the captive, now only one member of the family will be able to meet.

in the interest of prisoners

During the second wave of corona, cases of prisoners suffering from corona were reported in some jails of the country. In such a situation, the jail administration, taking precautions, banned the mixing of prisoners with their relatives. Along with this, arrangements were made for the vaccination of prisoners in the jail. With this, the spread of corona in the jail could be stopped. Due to which no one should bring the corona virus to the outside jail, due to this, full care is being taken. Even after the arrest, corona investigation is done. The undertrial prisoner is kept in isolation till the report comes. If the report is negative, admission is given according to the jail menu.