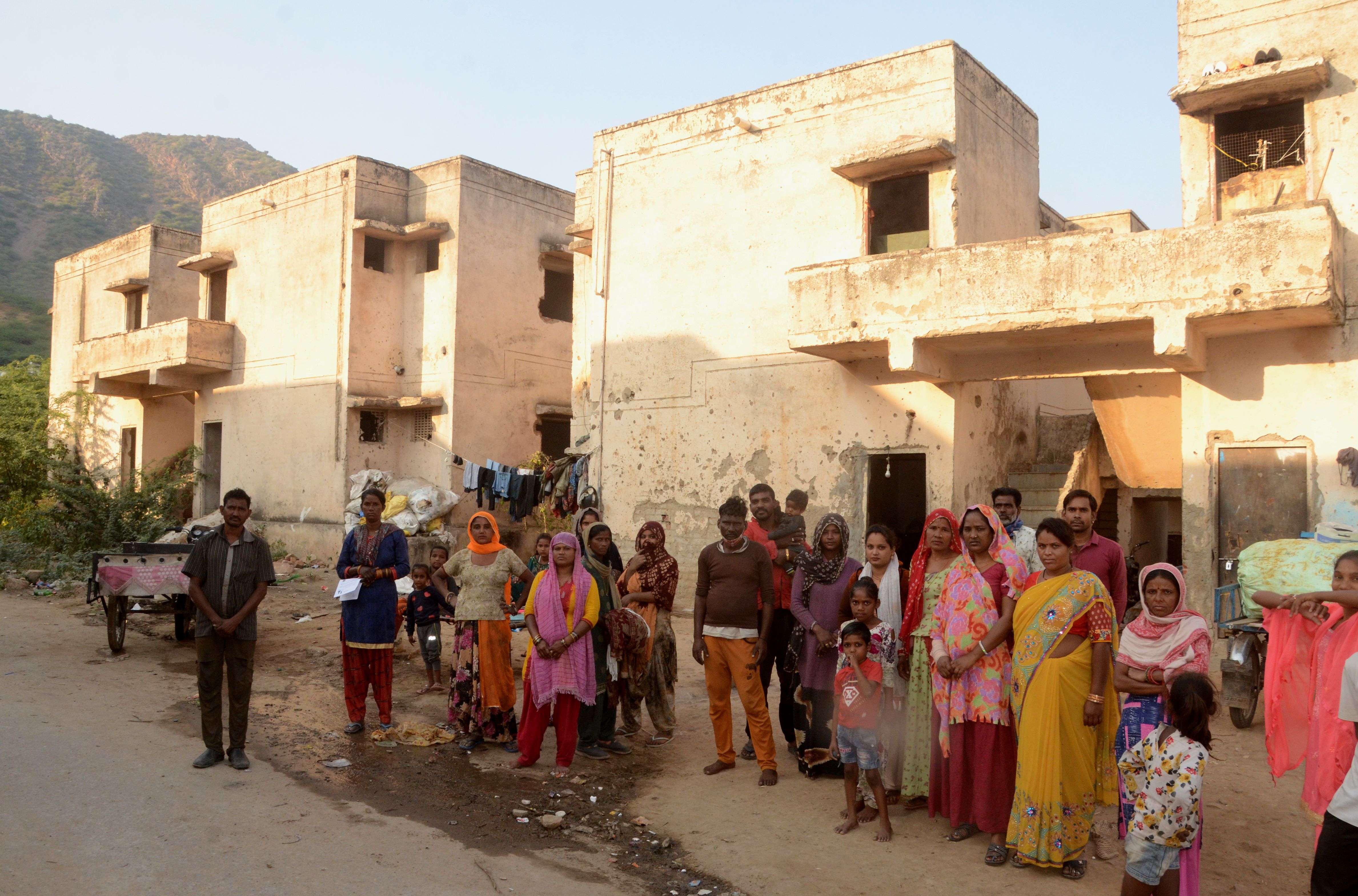 Ajmer. We do garbage picker work. A few years ago, when it came to know that houses have been built for the poor, then they came and started living in them. Many of us have also filled the form for house allotment but it has been five years, neither we were allotted the house nor anyone else…. It is said by those people who are living in Bhagwanganj Kachi Basti by occupying half-completed houses built under the Basic Services for Urban Poor (BSUP) scheme.
In fact, houses have been built here under the BSUP scheme. Even though these houses are earmarks for the poor, but at present they are in the possession of nomads. Now the occupants living here are the rightful owners or not, after all, who is to be allotted this house, it has not been decided even after 8 years. The situation has become such that even the windows of the houses built here are missing. The fixtures installed inside the houses are missing and the people living here are enjoying by burning the stolen electricity. In such a situation real people are deprived of their rights. In all this case, the delay in the construction being done under the scheme and administrative negligence is equally responsible.

As if the ADA officers have come…

As soon as the magazine team reached the spot on Wednesday, the people who were occupying the houses came out one by one and surrounded the team and stood. One of them said that sir…you write our name, we have been living here for five-six years…. After this everyone started speaking their names one by one. He said that he did not have a roof to live in. If you started living here, now allotment of these houses should be done in their name.

We work as garbage collectors. Earlier used to live on rent for Rs 400-500. Later on coming to know about these houses, they started living here. People like us are living in almost all the houses built here. I have also filled the form but till now allotment is not done.
-Line

I polish I have been living here for five years. The form is not filled, but by giving the documents which will be there, I will deposit the prescribed money.

so construction is incomplete

In fact, the windows, doors, taps and electrical equipment of the houses which were half-built here were stolen. Due to the fear of thieves, the contractor is no longer ready to build these unfinished houses.

In fact, out of 224 houses of BSUP, beneficiaries were selected for 102 houses, but the lottery had to be canceled if the beneficiaries did not give consent for the allotment of houses. The authority again conducted the survey but did not find any beneficiary from different families living on the roadside.

Under JNNURM, the authority will now construct 304 houses in Bhagwanganj at risk and cost. For this the bank guarantee of the contractor will be forfeited by inviting tender again. 5.21 crore has been paid to the contractor. The construction of 224 houses is incomplete while the finishing work is pending in the rest.